All of an organism’s genetic information (the blueprint of life) is referred to as its genome. Every organism is made up of cells; humans are made up of about 37 trillion individual cells. Chromosomes are packed into these cells into what is known as the nucleus. All of our genetic information is stored as a substance known as DNA.

The human genome contains 3 billion “letters,” or the equivalent of 25 years’ worth of morning papers. DNA contains a series of four substances (bases) known as adenine (A), guanine (G), cytosine (C), and thymine (T). In a single person, the genome differs at about 1,000 sites (polymorphisms). A difference in just one base can result in a congenital illness and affect an individual’s genetic makeup.

What differences are evident? 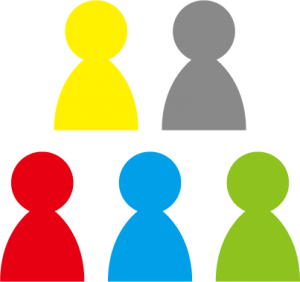 Various differences will appear depending on the individual, such as:

Why does genetic information need to be examined? 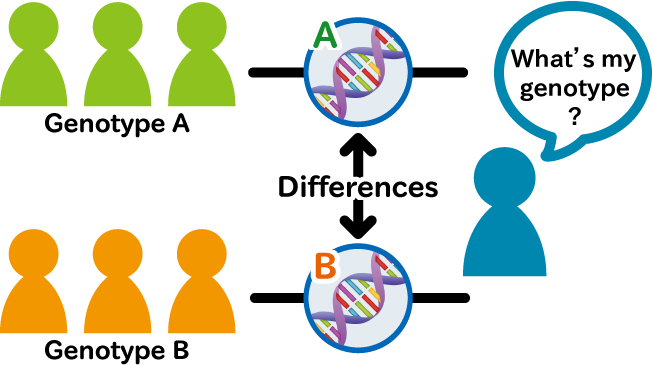 Examining the genomes of many people allows investigation of the association between alcohol consumption and illness, prevention of allergies, and prediction of which drugs will be highly efficacious in the future.

For example, an unbalanced diet and lack of exercise are considered to be bad for the body. However, while some have the same eating habits, only a portion of them will develop diabetes; although people may live in the same house, only a portion will develop atopy while others will not. These differences result from variations in genetic disposition and environment.

Therefore, the environment in which an individual is living coupled with their specific genetic disposition (the sequences comprising an individual’s genome) must both be studied in detail in order to determine associations between the onset of illness and environmental/genetic factors. The mechanisms of multifactorial diseases are complex and are currently being studied around the world. The overall goal of research on multifactorial diseases is to provide the public with information on how their lifestyle and genetic make-up may increase their susceptibility to illness in order to preclude disease onset and improve the health and well-being of future generations.